Warning: A non-numeric value encountered in /home/optimiz7/public_html/restlessentropygames.com/wp-content/themes/Divi/functions.php on line 5841

This past weekend I attended SecretsCon, a local gaming convention.  It was really fun and there were plenty of games to be played.  Seriously, pictured is maybe half of the games, it actually might be closer to 1/3 of the games that were readily available for anyone to play.

But I didn’t go for fun and merriment.  Well, okay I did, but mainly I went to demo Battles of Infamy and get some much needed outside opinions on the game.

The response was overwhelmingly positive.  One individual actually played the game twice!  All of the comments were similar to “You’ve really got something here” or “I think this could catch on”.  And that was a good feeling.  Everyone that played the game seemed to enjoy it.  I was also looking for how easy it was for others to understand and for things like confusion surrounding any of the card’s special ability text or other rules.  Thankfully, picking up the game seemed quite easy.

Everyone really seemed to enjoy the game and enjoy themselves while playing.  Their positive comments were really encouraging, and not just from a “this is a fun game” standpoint, but most people really got into the game and commented about the factions, the card names, and the special abilities.

Overall, for my first Con experience as a game designer/publisher, I left SecretsCon feeling confident and energized. 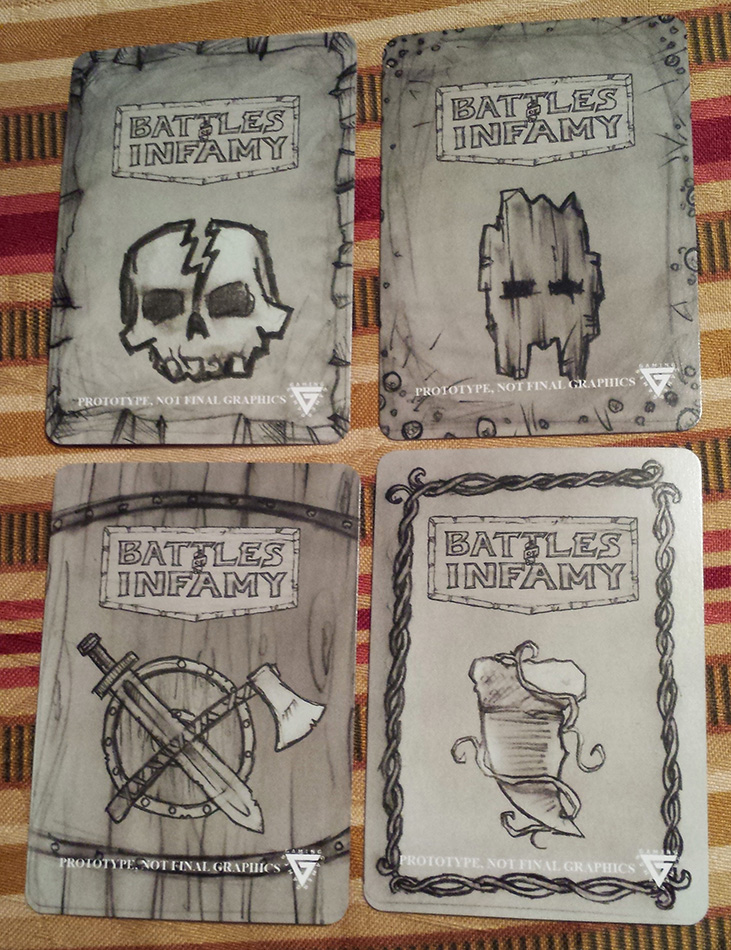 The prototype cards for Battles of Infamy arrived today.  And they look fantastic!  See for yourself.

Keep in mind that these are prototype cards and not representative of what the final card layout or graphics will look like.  Since I know I’m going to attend a few gaming conventions, I want some cards that look better than plain paper home printed versions.

Even though these show prototype, unpolished work, I think they look pretty darn good.  The different and unique faction backs really add something that was lacking from the plain white paper backs that come from a desktop printer.

The image on the left shows the four factions that will come in the base set: Undead, Ghob-lings, Vikings, and Forest Elves.  Each of these factions has unique common warriors, heroes, magic spells, and powerful items.  On the right is a sampling of one common warrior card for each of the factions.  I didn’t realize at the time I took the picture, but I choose cards with very similar powers.  Next time I’ll try to show off some more variety, of which the game has plenty. 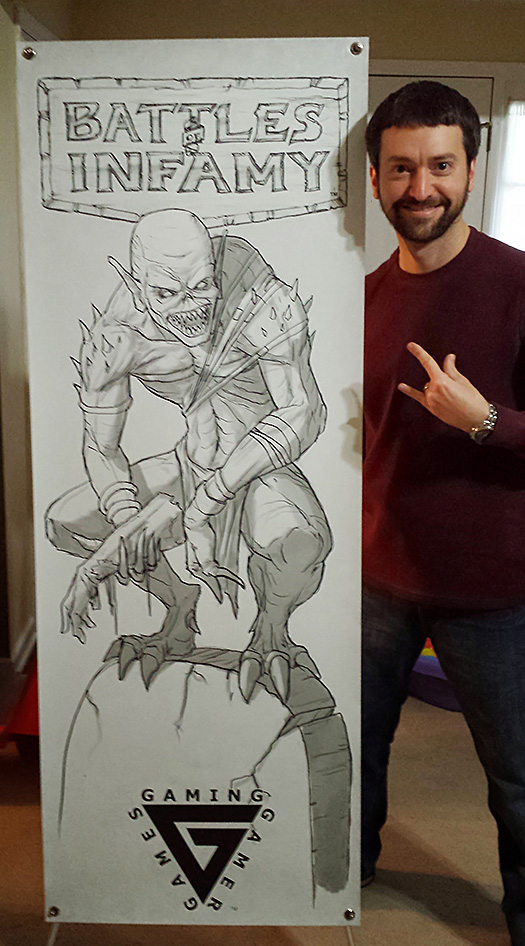 My sweet convention banner just arrived!  And it turned out great.  This thing is free standing and the Ghoul is basically life size.  How awesome is this!?

Now I am just waiting on the flyers, business cards, and the most important thing: the prototype cards.  And I need to start gathering the dice that I’ll be taking to the convention.  Speaking of dice, I can’t forget the dice trays!  I don’t want to go crawling around on a convention floor looking for dice.

This will be my first convention as a designer/publisher and I’m quite excited.  I can hardly wait. 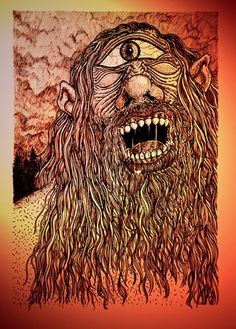 My wife and I recently play tested a game of Armor & Ash using the Forest Elves and Fomorians.  She was the Elves, which lost, by a lot.  Of course, this prompted her to claim that the Fomorians are too powerful and not balanced against the rest of the factions.  She’s played all of the other factions a lot, so she is familiar with them.  One of her major complaints was that the Fomorian deck had too many powerful spells/characters when compared to the other factions, whose power cards were in limited supply.

I’ll give it to her that I might need to work on some balancing issues.  It was an easy victory, which usually isn’t the case.  And, she was playing with the updated version of the Forest Elves, which included the Fen Guardian and Witte Wieven.

One specific character that she had a problem with was the Skulker.  Currently, their power is that they can be discarded from your hand to place two wounds as desired (is it as desired or on a single character?).  Her issue isn’t the fact that you can discard the Skulker for auto damage, although she wasn’t thrilled about that, but rather with how it functions.  In essence, it is like gaining an additional powerful spell.  Also, by discarding the Skulker from your hand, you are still able to place five characters onto the Battlefield.  So their power triggers, but they don’t take up one of your slots on the Battlefield.  After discussing this, I’ll admit it does feel a bit cheap compared to how other powers work and it isn’t fair that using its power doesn’t take up a slot on the Battlefield.

Because of this, I will reword the power so that the Skulker is discarded from the Battlefield.  This will address one of the issues of whether the card is overpowered.  And I’ll playtest different amounts of damage it applies as well.  For the next playtest, we’ll swap factions and I’ll be the Forest Elves against the Fomorians.

The Fomorians also have quite a few characters that have the ability to wound opposing characters adjacent to their target.  Damaging adjacent characters is a really powerful ability.  And having multiple characters with that ability just amplifies the effect.  Guess I need to whittle these down a bit.

I was able to use the Evil Eye spell three times.  Of course, she didn’t like this.  Three times does seem kind of powerful, but that was luck and won’t happen most of the time.  But I probably do need to help ensure it isn’t the norm.  Instead of toying around with how Evil Eye works, I could add its mechanic to spells from other factions.  The Elves have Elf Shot, which could certainly benefit from a chance at multiple uses, and the Undead have Shadow Bolt.  More playtests are needed.

Since every faction has such a limited number of spells, perhaps I’ll make a mechanic where every spell can be used twice.  If I attach a dice roll to that mechanic that introduces chance. And you know that chance means one person is going to get good rolls while someone else won’t.  Therefore, it is possible for the situation to become lopsided and feel unfair or unbalanced.  PLAYTESTING!!!